‘It was time to move out of that zone and take more risks,’ he recalls starting the venture of roasting suckling pigs, now on its 11th year 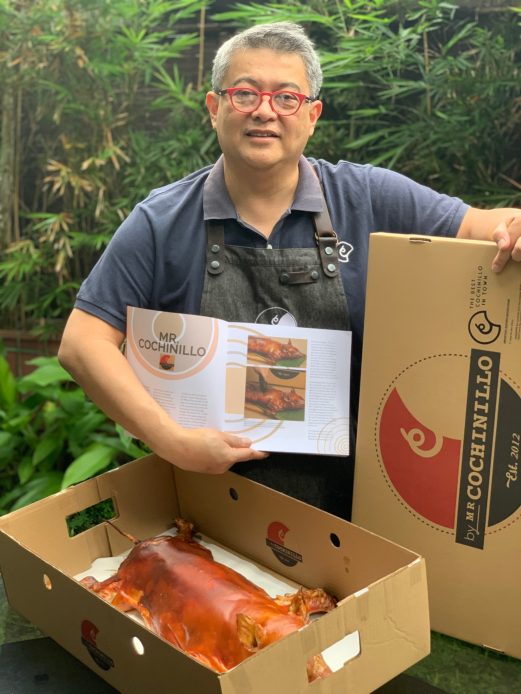 Tinee de Guzman comes full circle, from whipping dishes during his school years to DJing for parties and putting up the trailblazing Mr. Cochinillo. (Contributed photo) 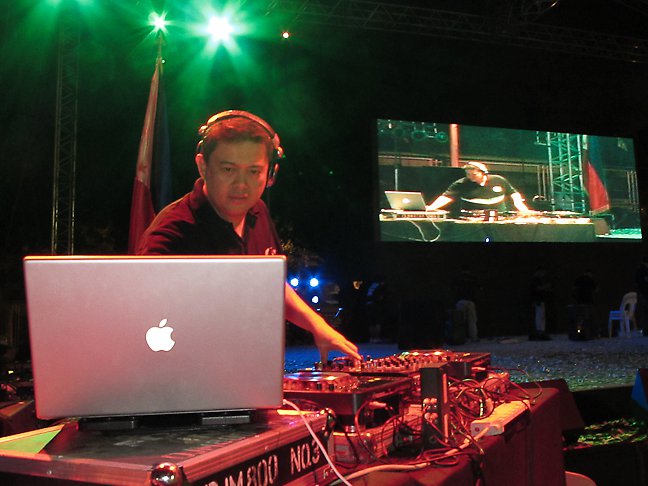 When he was 10, midnight cravings were common. This was a chance for him to be creative, and all he needed was a few minutes to craft a yummy snack from whatever he could rummage in the refrigerator. He loved food and to share it with others, whether it was cooked by someone else or something he made himself.

“Eat what you love, love what you eat, and make what you want to eat” was his childhood creed. On camping trips, he’d up the game of canned food by adding ingredients like chorizo and spices to pork and beans.

“I’d invent sauces for pastas or macaroni, mix them all together, and share my experiments with clueless cousins, who would either hate it or love it. When I got to high school, my foodie horizons widened, or so I thought. Beside the school canteen was an airconditioned restaurant for faculty members called La Maison de la Salle that served French cuisine. If you had the allowance, and wanted to sit down to a plated meal, this was the place to be, at that time, I innocently believed,” he recalled in a chat with TheDiarist.ph. 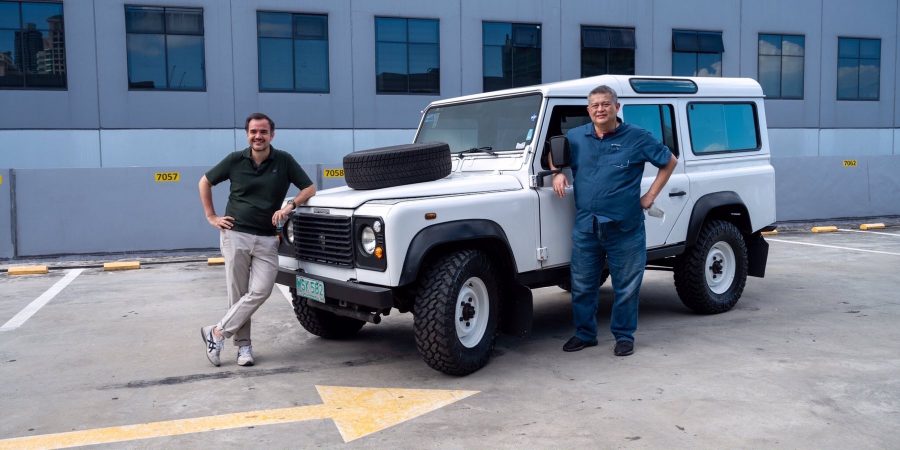 Life and its fluctuations happened after that. The free-spirited foodie turned his interests to music, photography, and cars with mechanical ingenuity and not just design. Photography took Tinee all over the archipelago, getting him some editorial spreads in glossy magazines. Eventually it was the music that held everything together. During all this time, Tinee was already full on into the world of spinning music, or the newer word for it: DJ-ing (disc-jockeying), which was originally creating club music by manipulating phonograph records on a pair of turntables. He did this for years.

‘Aside from food, music has always been a love of mine. I love mixing beats, genres; DJ-ing gave me the chance to discover new music all the time

“Aside from food, music has always been a love of mine. I love mixing beats, genres; DJ-ing gave me the chance to discover new music all the time. It was exciting. In those early days, you traveled and looked for interesting music in underground bars and stores. Today it’s a streaming world where everyone is using internet apps, such as YouTube, Soundcloud, Spotify, Apple Music, and others. I like to have an impact on somebody’s day or night,  and DJ-ing enabled me to do just that and give them flashbacks to memories with just a song.

“I still do the occasional spinning when peers call to do gigs. It remains a love. But standing on my feet is harder now; I still stand on my feet but move around the ovens and the kitchen now, more than those days of standing in a booth and being a happy night owl. Of course while supervising oven temperatures, always there is my own playlist you will hear in the background. ”

One day in 2011, I get a call from Tinee, asking to meet up. He never messages, it’s always a call, because he likes to talk. I could never drop a call from him or refuse a meeting, as it was always a great chance to catch up on the latest lifestyle trends over good food and drink.

“I need a name for my suckling pigs,” he said

“Whaaat?” I replied with a funny feeling

“I’m getting into roasting suckling pigs; tocino is bacon, right?” he said

“Tocino is sweet pork,” I replied. “Tocino del Cielo, Bacon from the Heavens?” I continued.

“So what about adding cochinillo?” he pressed on

“What about it? it just means a suckling pig, a piglet. What’s all this about anyway, you gonna sell lechon?”  I said, chuckling.

“Glenna, I am getting into something I’ve always wanted to do but life happened in between, be more enthusiastic naman, I have a real plan!”

Mr. Cochinillo was an idea that had been stewing at the back of his mind for years, along with fabada, lengua, fideo, callos

Tinee was going with his gut again, but this time he was armed with a business plan. And so he eventually settled on Mr. Cochinillo.

No one realized it then, but Tinee had come full circle; it was an idea that had been stewing at the back of his mind for years, along with specialized dishes: fabada, lengua, fideo, callos, rabo de toro, paellas with cochinillo as the main attraction. For a minute, our conversation took me back to our pizza-testing days, where Tinee would make us taste personal-sized pizzas all night. His childhood creed was still intact.

He registered Mr. Cochinillo in 2013. “I’ve come full circle, and food has really taught me many important things about life; it continues to do so. I believe in food and feeding people. Getting into this formally has made me braver than I was during those childhood camping trips where I threw in everything to make a new dish.

“Today I work with people from all walks of life, from suppliers to my workers, the occasional handyman who checks on my ovens, elated customers, complainers,

These have all added new dimensions to my life as Mr. Cochinillo. My wife and two kids have my back on long, hard days. At the height of the lockdowns, they all pitched in to help, without my having to ask them to.”

Tinee realized he had been training for this calling since he was—well, a tiny tot tasting food, looking for new music, making friends happy, fiddling with cars, talking to people, taking some wrong turns along the way, then getting back on track again.

At one point, Tinee stopped and listened to his life. Clinging to his comfort zones, like his privileged upbringing and charmed life, was stifling for someone who wanted to find his own inner hero. “It was time to move out of that zone and take more risks, something more in sync with my own truth.”

So Mr. Cochinillo is reaching its 11th year, and business ownership for Tinee has made him confident. It has opened his heart to new realities. This was very hard work. Capitalizing it ate into his financial resources and tested his smarts, ingenuity, and perseverance every single waking day. The business of roasting suckling pigs takes much time, attention, and planning to be able to provide more sensitive customer service; it is not easy.

Tinee de Guzman persists in the face of every setback and obstacle. He continues to meet challenges, but he is happy that this time, he has gone it alone.

And here, all we know is how juicy, crunchy, tender, and lip-smacking delicious  Mr. Cochinillo’s roasted suckling pigs are! 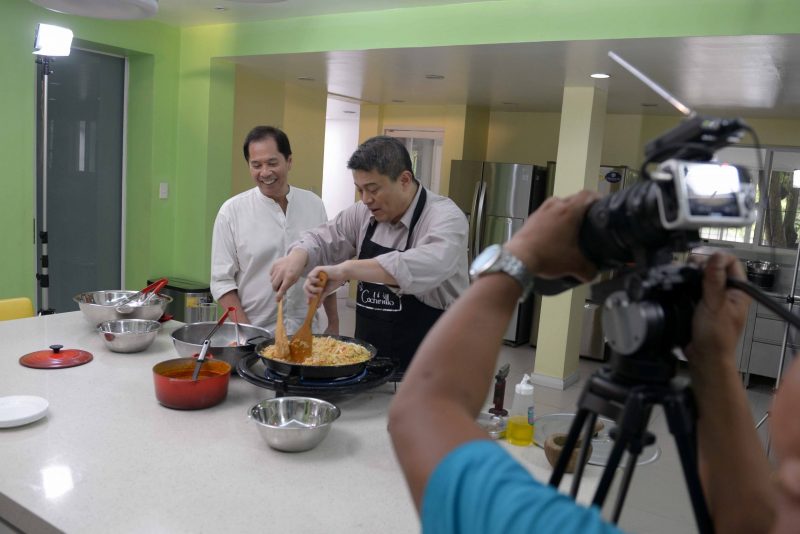 Pastel de nata (Portuguese egg tart) not for the weak-hearted

How to tweak Thai recipes to your liking

A time to have your plants and eat them too

A former magazine editor, she writes about arts and culture, both as journalist and as friend to many of the country’s foremost artists, designers and the culturati.