Have a peaceful journey
to the stars, Ricky Lo

Ricky Lo (left) with the author during the launch of one of Ricky's showbiz books in the Sampaguita Pictures compound function room. (All photos from Pablo Tariman)

As is my early morning habit, I opened my desktop computer, checked the news and suddenly I was deluged with one-liners: Paalam Ricky Lo.

I couldn’t believe it.

Ricky Lo is—was— the entertainment editor of the Philippine Star. He moved on two weeks after his 75th birthday last April 21.

I met Ricky in 1971 on one of his visits to Graphic Magazine where I worked as proofreader. It seemed he was friend to most Graphic staffers. We struck it off when he learned I was from Bicol (Catanduanes). He told me he had spent a few years in a Chinese school in Tabaco City (Albay). I thought he was born there. Later I learned he actually grew up in Las Navas, Northern Samar where he was born. 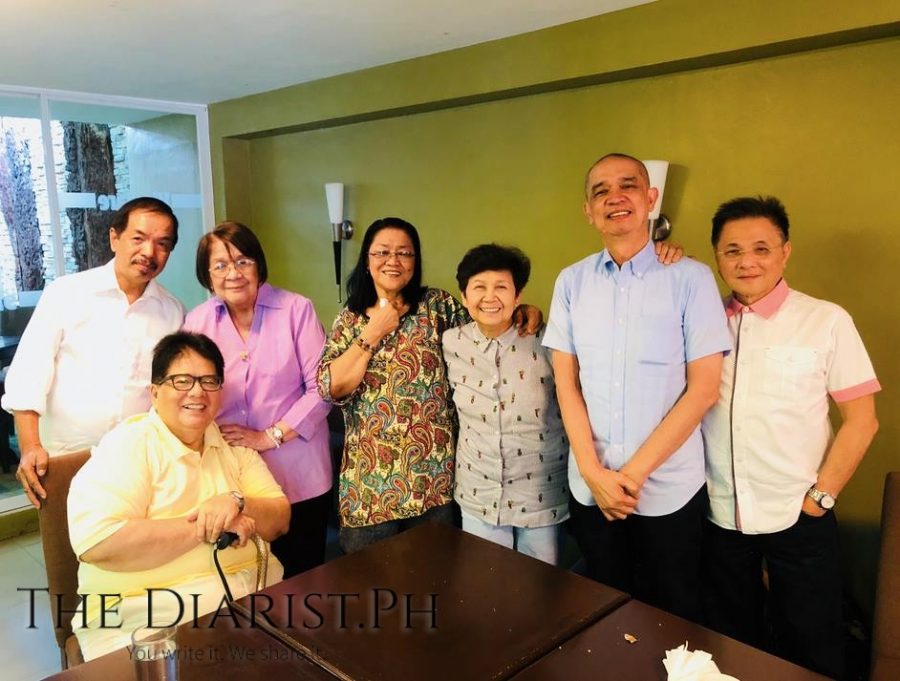 At that time, in the ’70s, in Graphic and until it was closed by Martial Law, I was doing showbiz stories for Manay Ethel Ramos, then the entertainment editor.

That same period, Ricky was editorial assistant of Variety, the weekend supplement of Manila Times. He ended up contributing to Graphic and that started our lunch dates and watching movies together.

I remember we watched Polanski’s The Tenant and I threatened Ricky that I could do the same grim ending. We shared high school memories watching Maryo de los Reyes’ High School Circa 1967.

After Martial Law shut down Manila Times, Graphic and other publications, Ricky found job in Expressweek (part of the Daily Express publications) while I ended up in the writing pool of Kit Tatad in Malacanang.

I remember our first media outing after Manila Times and Graphic closed.

With media friends like Nancy Lu, we hitched a ride in Ricky’s car and exchanged stories. We laughed away our common fate (media victims of Martial Law) and kept in touch.

Ricky encouraged my movie writing which I resumed in Expressweek where he asked me to interview showbiz personalities, among them Lino Brocka, Anita Linda.

Wherever Ricky worked, I’d be part of his showbiz reportorial pool.

When he rejoined Manila Times under a new management, he asked me to interview Nida Blanca and a few others.

Even after I ended up in Albay as part of Kit Tatad’s regional office of the then Department of Public Information, Ricky found a way to get in touch.

I would join him as he visited friends and relatives in Albay and would see him off at the airport.

When he ended up in Philippine Star, my showbiz reporting became frequent. I interviewed Susan Roces, Mina Aragon, Pops Fernandez, the young Aga Muhlach, Richard Gomez and hundreds of other showbiz personalities.

Inevitably, I became close to other showbiz writers.

Every time I visited Star to pick up my check, he’d treat me to merienda along with his staff. Then he would call the cashier and request that my check be encashed. He knew I needed cash and couldn’t wait for the check’s clearing time.

Our last get-together was just a year before the pandemic.

Film and TV actress Sylvia Sanchez hosted lunch for us and other showbiz writers. 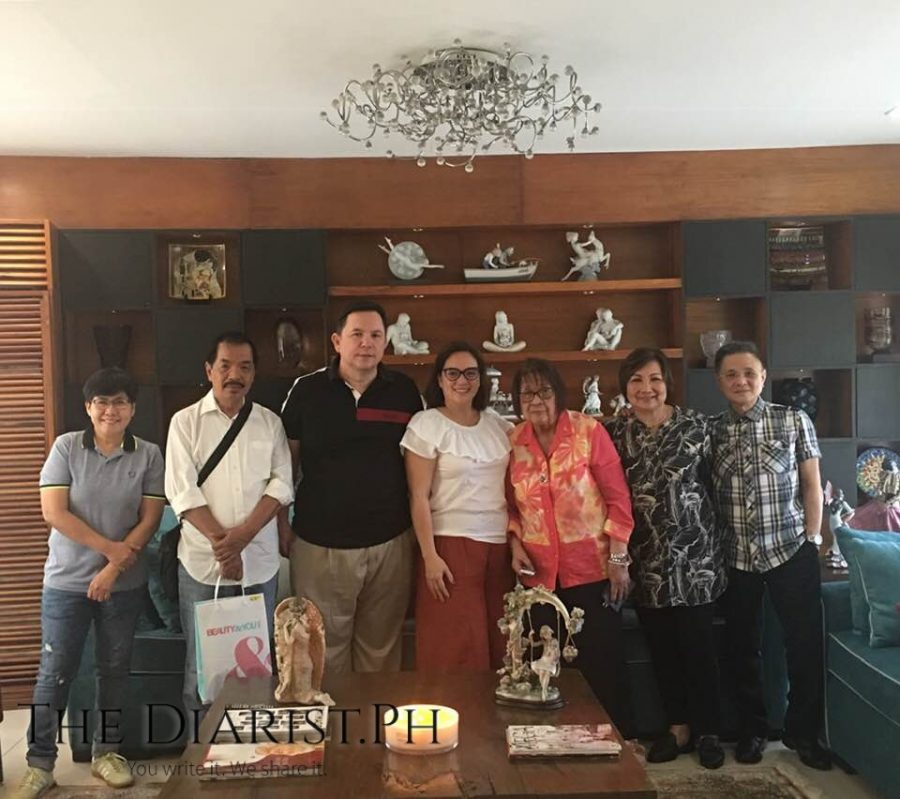 Ricky Lo (far right) after lunch with Sylvia Sanchez and husband Art Atayde, with Aster Amoyo and Ethel Ramos, among others. (All photos from Pablo Tariman)

Then we had our reunion again with other showbiz friends like Baby K, Ronald Constantino, Manay Ethel Ramos and Nestor Cuartero. It was an afternoon of endless laughter and endless reminiscences.

On the first few months of the pandemic, I knew I would be contributing stories less and less.

Like many others, I was prone to depression and it showed in my first few poems written during the pandemic.

When I totally stopped writing, Ricky called, “Pablo, you can’t spend the rest of your life sulking, wake up and write. Remember we only have few more years left.”

It was after Ricky’s call that I wrote this poem:

ON SAYING YES TO TRAVOLTA’S ODE TO LIFE

After a year of lockdown
You think of battles
You cannot win
And the kind of governance
You cannot make sense of.

A friend reminds me
I can’t live life
With a daily ritual
of periodic soliloquy
Hanging precariously on hope
But ending mostly
In deep despair.

He points out
The virus hit everybody’s life
And not just me.

By way of advice
He sends gentle words
On living and surviving.

Said he:
At this time of our lives
We should be above despair
And should pick up life
Where the virus found us.

Of course
We are still alive
And projecting an existence
Neither out nor down.

The noonday call
Found me in the garden
After a morning nap
And finding solace
In newly transplanted shrubs.

I told my friend:
Yes of course I can still work
The normal way
With PR people
Clogging your messenger
With frantic releases.

I am hanging on
To a cycle of friendship
That started way back
In the 70s.

We have weathered
Two dictators
In our lifetime.
I can survive another one
After a full rehearsal of the first.

I am back to noting down
Work to do
And will muster energy
To keep up
With the goal-slayers.

In my mind
I think of the sixth grandchild
In December
As another reason
For saying yes to life
Such as it is.

Am I in any mood to dance?

Of course
I can’t dance
To the tune of despair.

I can’t dance
To the rhythm of gloom.

My corps de ballet
Are images of hunger
Stalking mankind.

But then I say:
There is life during pandemic
And deliverance in lockdowns.

Yes Travolta
I am stayin’ alive
With no wings of heaven
In my shoes.

To Ricky, have a peaceful journey to the stars!

He’s a freelance journalist who loves the opera, classical music and concerts, and who has had the privilege of meeting many of these artists of the performing arts and forging enviable friendships with them. Recently he’s been drawing readers to his poems in Facebook, getting known as the ‘Bard of Facebook.’