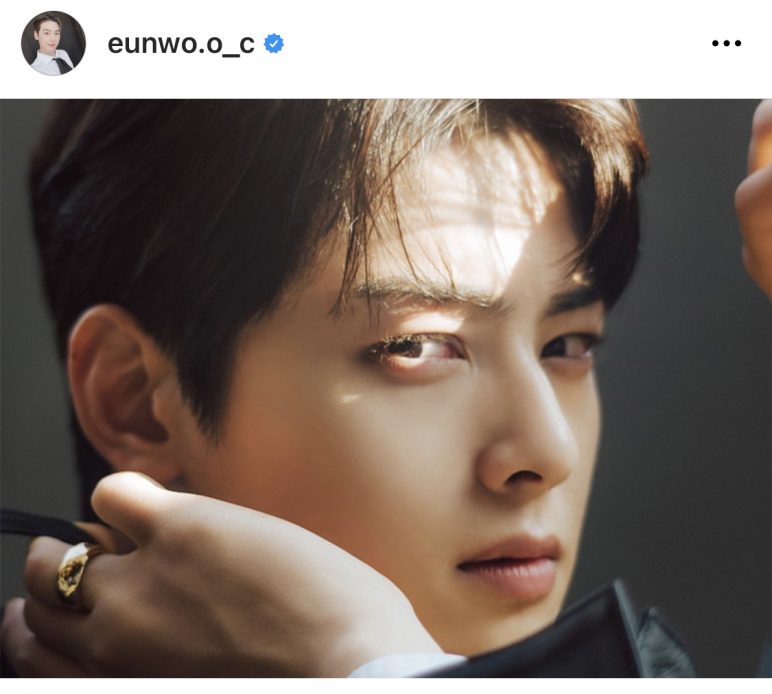 In the downpour of sad news these days, you wish you could escape, if not with your mind and body, at least with your eyes. You need an eye candy, especially when your day is spent glued to the laptop or phone. Thus we’re not surprised why, with the Korean Wave sweeping over many homes, Cha Eun Woo, who’s one of the handsomest faces in KDrama  and K-Pop, has become one of the most popular Korean stars and idols today. (20.3 million followers Instagram eunwo.o_c)

The True Beauty lead star and member of the South Korean boy band Astro landed second in the April Brand Reputation rankings of male pop idols, second only to BTS’ Jimin. According to the report in the popular Korean entertainment site SOOMPI, the rankings conducted monthly by the Korean Business Research Institute are based on “an analysis of the consumer participation, media coverage, communication and community awareness indexes of 632 boy group members using big data collected from March 17 to April 17.”

When their comeback album All Yours was released first week of April, Astro topped that week’s physical album chart (Gaon Weekly Charts) and its One music video got 1 million views five hours after its release and now has more than 20 million views.

Yet to say that Cha Eun Woo—even after his highly popular dramas My ID is Gangnam Beauty,  Rookie Historian Goo Hae-ryung and this year, True Beauty—is only an eye candy isn’t accurate. Cha, 24, is known for having aced his academics and sports—he was the third top student in his entire school, was the student council president, and a varsity basketball and soccer player. Competitive athleticism and academic diligence go with those looks.

It is written that as a student in his teens he was first spotted by talent agents in a TV quiz show. He didn’t grab initial casting offers until, he himself recalled last week in the variety show Knowing Brothers (Men on a Mission), one Sunday morning on his way to a physics academy, while in the lift, his teacher asked him why he wasn’t going to agency castings. When he said that the schedule was in conflict with his physics session that Sunday, his teacher himself egged him on to go to the casting instead. In another interview he recalled how he went to the agency with his mother, just to learn what the idol training would be.

Filipino fans know him as the boy who lived in the Philippines for six months, in his elementary years, to study English. Since then he’s been back a couple of times—on a Cebu trip with the cast of Rookie Historian, and his own fan meet in Metro Manila in 2019. It’s heartwarming how sometimes in his VLive stream, he’d greet his fans in Filipino.

Since his debut with Astro in 2016, he’s been active in Korean variety shows. The variety basketball show, Handsome Tigers, showed just how good he was as a shooter and in defense. A mainstay in the long-running and popular variety show, All the Butlers (Master in the House), he shows notable athleticism—soccer, baseball, traditional Korean wrestling, running (in a recent episode, he inadvertently left behind his cameraman as he ran up the mountain to win the prize—breakfast meal), and in the latest episode this week, he took up the dare to do pre-bedtime pushups—on the incline, with both feet hooked up on the second rung of the bed ladder.

If he weren’t a jock, he’d be a nerd—his favorite subject was math and he put to good use such math skills in one All the Butlers episode. It is also well known how he researches the backgrounds of guests in the variety shows he appears in and jots them down in a notebook because he said he wanted to come prepared and join the conversation.

In the widely popular True Beauty, he played a laconic and introverted student left conflicted by a tragic past. His portrayal must have resonated with many so that even long after the drama series ended, his fans continued with chat groups. 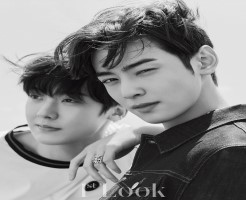 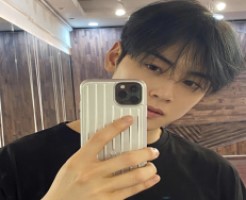 One of these was a chat group of Filipino doctors and other professionals who brought Cha Eun Woo to the attention of TheDiarist.ph. They talked about how, with their fangirl alter egos, this young guy has helped them fight stress even on the frontlines.

Our Q/A with one of them:

What do you like about Cha Eun Woo (CEW) and why? Watching him helps relieve stress?
“Apart from his otherworldly beauty, what I like about him is manifold:
“a) Intelligence. Top of his class in middle school and high school, #3 in the entire high school, student council president in high school, passed or currently studying for fluency tests in several languages, currently attends Sungkyunkwan University, one of the top four universities in South Korea.
“He wants to be known for his smarts, he emphasizes (subtly) his smarts, because he says he was raised to think that his good looks were given to him, but his academic awards are his own achievement.

“b) OC-ness / Magis / Determination. Whether it’s cleaning up after a meal, performing well a given role, or learning a new skill, CEW gives his absolute best. He shuns mediocrity. He is humble enough to keep improving and learning, and he approaches each task in an analytical manner. This is evident in All the Butler episodes, where he observes the masters with laser-like focus, then tries to figure out strategies to win a challenge.

“When he was an idol trainee, he realized something he wasn’t good at for the first time in his life (singing, dancing), and he felt that he was burdening the group. But he did not succumb to self-pity. Instead, he exerted even greater effort to catch up with the other trainees, who were more natural dancers compared to him.
“His acting has significantly improved with each Kdrama he has starred in—from My ID is Gangnam Beauty to Rookie Historian, to his (surprisingly) commendable performance in True Beauty.

(Editor: In a candid interview with GQ Korea, March 2021 issue, as translated by @99pmh, he talked about what he went through as K-pop trainee: “Before becoming a trainee, I was a model student who was good at academics and in sports. But it was a completely different world when I became a trainee. The past me had no interest in celebrities so I’ve never tried dancing or singing. I was always acknowledged and showered with compliments so when I was faced with harsh criticisms like, ‘You can’t dance, you can’t sing, you can’t act’ and coming in last place, ….I cried every day back then. Going through trial and error and severe training, I started to view myself with a ruthless eye…Yup. Everything crumbled at once. That’s why I’ve grown stronger.”)

“c) Athleticism and competitiveness. Excels in football (captain of their town’s varsity team) and basketball, now in jiujitsu, and in any other athletic undertaking. Always seeking ways to improve because he is highly competitive.

“d) Breeding. It is quite noticeable that he was raised well. He is known to be humble and courteous and well-spoken. His actions and the way he carries himself are very refined. He is a mama’s boy, too.

“e) Did I mention that he is sublimely, other-wordly beautiful?

What do you think sets him apart from today’s K stars and idols?
“I think what really sets him apart is his intelligence and well-roundedness (multiple intelligences in academics, athletics, performing arts, languages).
“Pretty faces are a dime a dozen, though his good looks are still head and shoulders above the rest.
“K stars and idols are generally extremely hardworking, but I think CEW  differs from them in his approach to self-improvement. He is more analytical, cerebral, and is quite self-aware and mature for his age.

How do you find him in All The Butlers (ATB) ?
“I am thrilled to see a different side of him. In interviews he keeps alluding to wanting to reveal his real self but being afraid to do so because of possible harsh judgment. He also hints at being boxed in by his own success and his good boy reputation. In ATB, he has room to be more spontaneous. His reactions and micro expressions are all very revealing.
“The physical and athletic challenges are incredibly entertaining, as these showcase his athleticism, competitiveness, and good humor.
“I also especially enjoy the camaraderie among the cast members, and I feel like CEW acknowledges and appreciates what a blessing his older cast members are, who are like protective and doting hyungs toward him.”

In his interviews, it’s become notable how Cha Eun Woo repeatedly stressed a grateful heart. In the same GQ Korea translated interview he said, “When I was younger, my mom used to have wise sayings in red pasted here and there around the house. Like under the bed, next to the telephone. The most memorable ones were, ‘You should know to be thankful,’ and ‘Know thyself.’ They’re words which I consider as the most important values even now.”

That’s quite a true beauty.

After devoting more than 30 years to daily newspaper editing (as Lifestyle editor) and a decade to magazine publishing (as editorial director and general manager), she now wants to focus on writing—she hopes.