My chat with ROY’s Byeon Woo Seok—‘instead of feeling depressed….’

Meet Bench’s newest face from the hit K-Drama.
Ben Chan: ‘It was easy to imagine him modeling for us’ 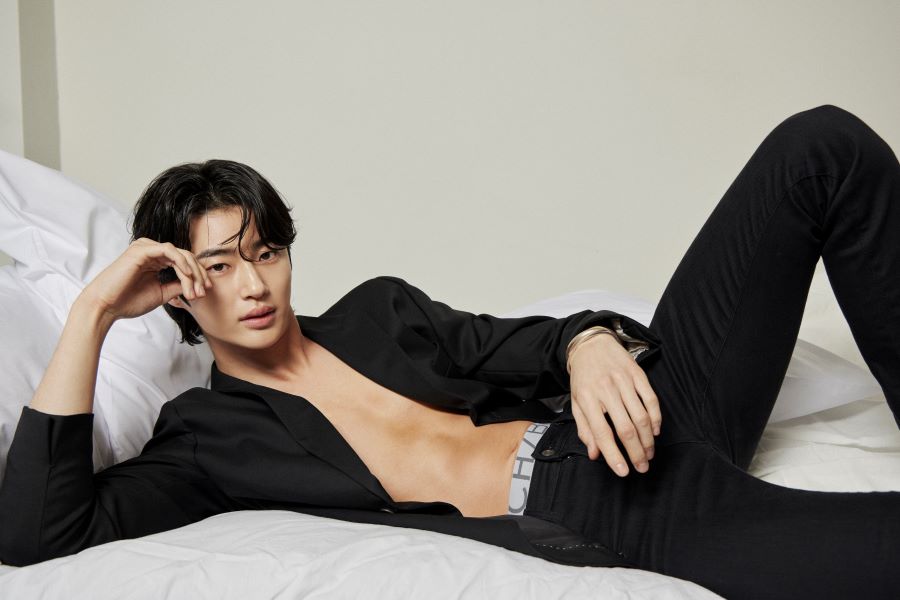 In a blink he was there on my screen, even before I knew it—hair tousled just a bit, smiling eyes that Record of Youth fans couldn’t let go of, all in all an affable profile. You looking at me? I almost asked—because his laptop camera, oddly enough, captured his profile, not a frontal view, so that I wasn’t sure if it was already me he was facing. But this organizer’s set-up really didn’t make a difference—Byeon Woo Seok’s chummy warmth shone through throughout the virtual interview that was done after his whole-day shoot with Bench.

At one point, when I suggested we play the now popular Balance game (which BTS, Korean idols, and stars do with fans in VLive streaming), he gave a laugh of instant recognition and gamely said yes.

Byeon is the latest brand ambassador of Bench for Bench Body and Bench Active lines, coming on the heels of his hugely popular role in the youth K-Drama series Record of Youth (ROY), where he starred with Park Bogum, another Korean actor/performer with big fandom in the Philippines, and Park So Dam (Parasite).

Ben Chan—the visionary behind Bench who, as early as the ‘90s, had the foresight to tap Korean stars (Lee Min Ho, for instance), alongside Filipino stars (e.g. the iconic Richard Gomez ad) as he turned Bench into a global brand—told TheDiarist.ph about the timely choice of Byeon: “If like me you’ve seen Record of Youth, you might have been impressed with the modeling of Byeon Woo Seok. It was easy to imagine him modeling for us in Bench. True enough, his pictures prove so.” 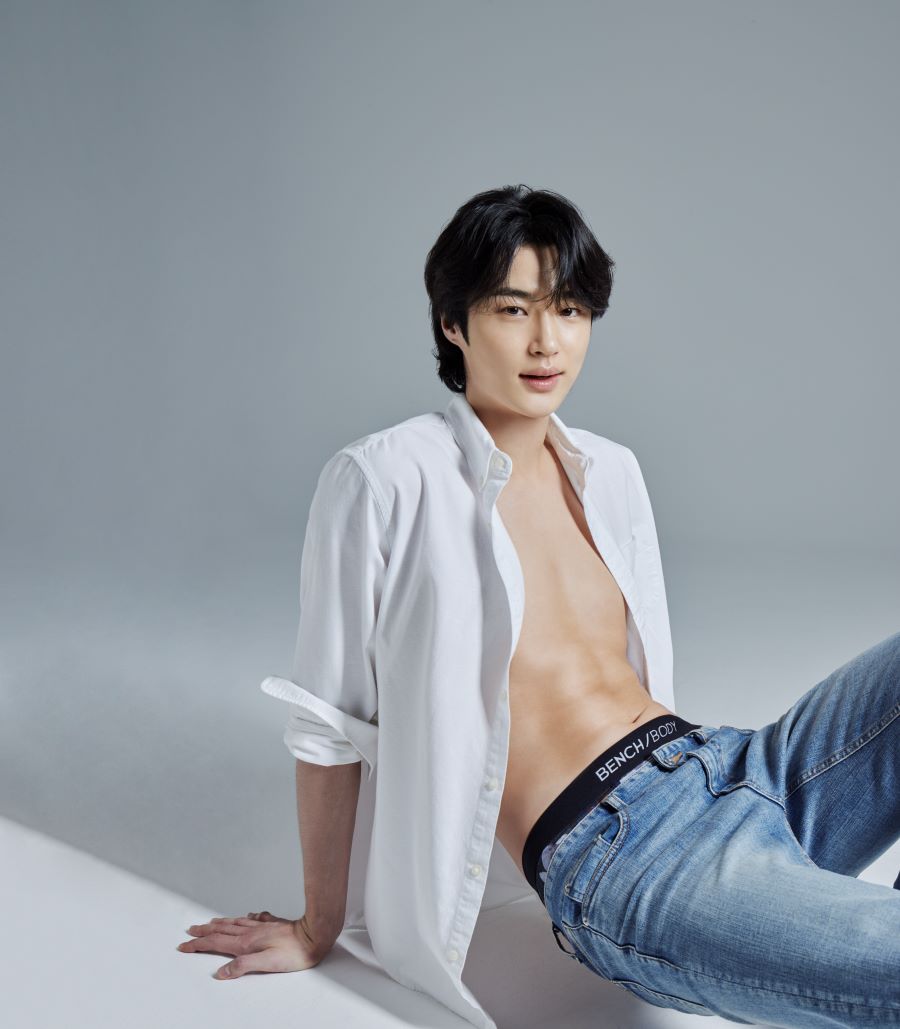 In the high-rating Record of Youth (2020), Byeon plays Won Haehyo, a model/rookie actor, a rich kid kept under the wings of his overzealous mother and who, with childhood friend Hyejun (Park Bo Gum), navigates the toxic environment that is fashion modeling and the movies. When he and childhood friend Hyejun fall for the same girl (Park So Dam), Byeon could have turned Haehyo into a stereotypical antagonist in the love triangle—yet he didn’t. Instead he gave the character such charm and empathy—enough to almost split the audiences into Team Hyejun and Team Haehyo. 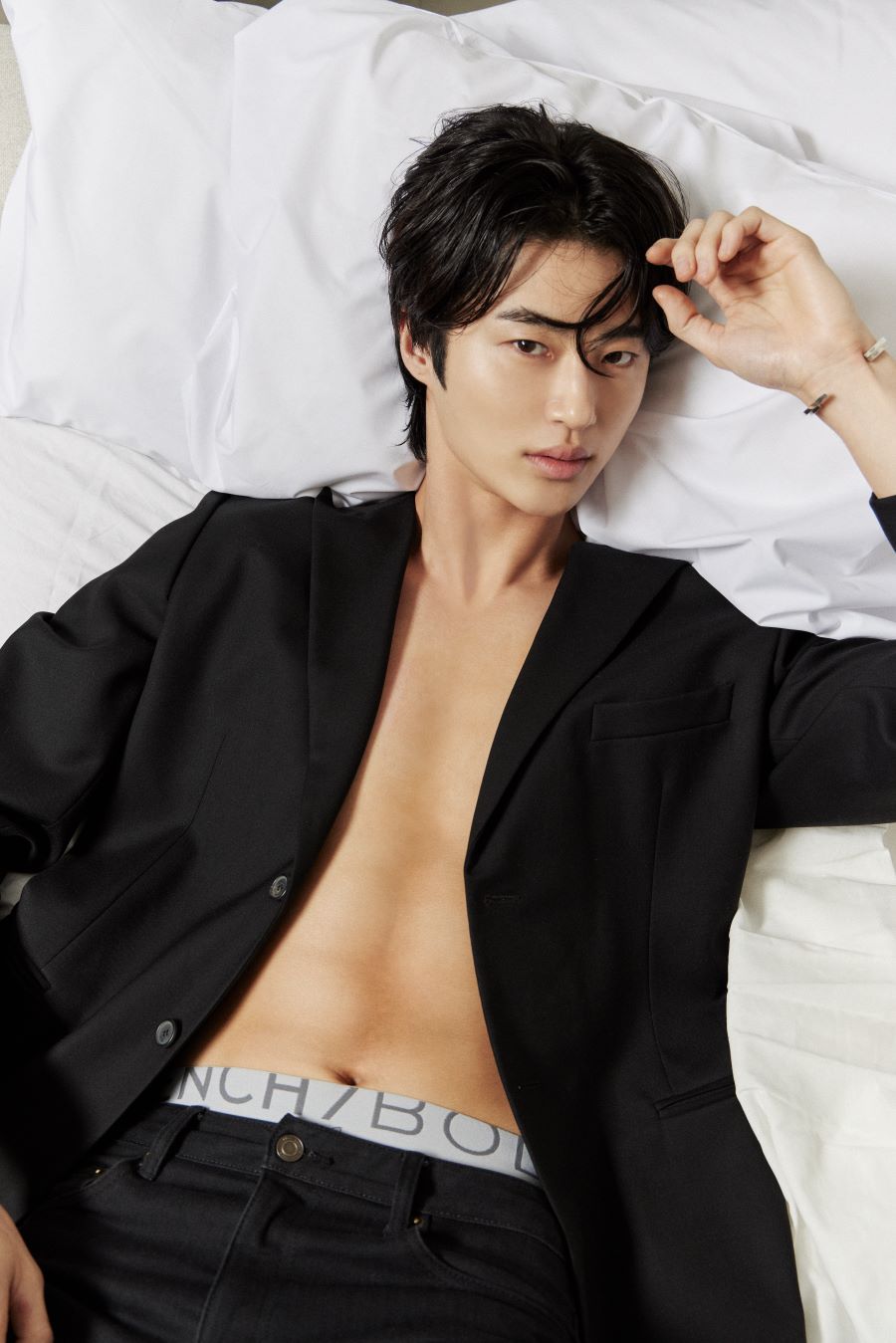 And it didn’t hurt his role that as a model, he killed it, as they say. Tall (1.87 m) and toned (not hunk-ish), he walked and modeled like a pro on the runway—which he is. He’s been a seasoned presence in Seoul Fashion Week and had foreign catwalk/shoot gigs. In our interview, he just smiled bashfully when I asked about his being a top model on the runway.

While he caught the eye of the Korean entertainment industry as a model, Byeon has been doing well in drama series and movies. At 25, he debuted in my favorite K-Drama, 2016’s Dear My Friends

But while he caught the eye of the Korean entertainment industry as a model, Byeon has been doing well in drama series and movies. At 25, he debuted in my favorite K-Drama (and BTS RM’s too), Dear My Friends (2016), where he played the young relative of Youn Yuh Jung, who would win the 2021 Oscar Best Supporting Actress for Minari. In our interview, he talked about how he used that time on the set with veteran actresses like Youn as an opportunity to learn from them, how he would stay even after his scene was done just to take it all in. His is an impressive work ethic and attitude.

At 30, Byeon has done movies (e.g. Midnight Runners), drama series such as Flower Crew: Joseon Marriage Agency, a historic-period romantic comedy; Search: WWW, Live Up to Your Name. He’s working on Soulmate, a romance movie, with Kim Da-mi and Jeon So-nee, to be released soon.

Chan believes that Bench’s campaign with the Korean actor/model will help us ease into the new normal.

He said, “BWS (Byeon Woo Seok) is the new face of our Bench Body and Bench Active lines, two of the most popular lines we have primarily because they have become our new normal essentials. Our Bench Body with its tees and boxers has become lounge wear for a lot of people who stay home. Our Bench Active line has also become essential as more people discover that self-care and maintaining a healthy lifestyle have become a life goal for most. These are pieces that have become part of our new normal.”

Ben Chan also demonstrated the clout to bring the Korean stars to face time with PH media—not email, but a virtual meet

Not only is his Bench Body and Bench Active timely, but Chan also demonstrated the clout and the drive (flex!) to bring the Korean stars and idols to face time with Philippine media—not email, but a live virtual meet. At a time when the Korean Wave is being felt worldwide, that is a welcome move.

The virtual meet was a brief encounter, but there’s nothing like catching, right before you, the reactions and gestures of stars whose screen presence has kept you company in this pandemic. You feel their human-ness, their fresh spontaneity; it’s not just corporate marketing (as in a hot-ticket conglomerate campaign).

And that was how we came to enjoy Byeon Woo Seok. 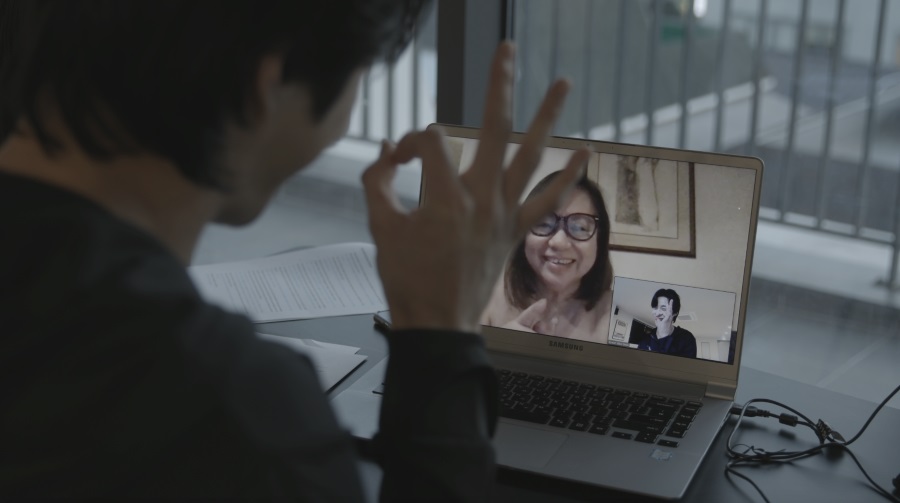 Our Q/A with Byeon Woo-seok:

People everywhere can feel down sometimes because of the lockdown. How do you avoid feeling down? What advice can you give your fans?

I’ve been having a lot of personal time because of the pandemic, so I try to do activities that I would do post-coronavirus. Like, working out or focusing on my career. I hope people would think of this time as an opportunity to develop themselves instead of feeling depressed.

You’re one of the top models who have done major runway shows; do you have a favorite look or style? How would you describe your fashion style?

My fashion depends on the location, but usually, I enjoy comfortable style. While filming for Bench today, most of the outfits were comfortable, so I was able to enjoy the shoot.

How did you hear about Bench? What can you say about Bench wear? What are your preferences or favorites from the Bench athleisure?

I knew that many top actors of Korea have been endorsers of Bench, so I have heard about the brand beforehand. Looking at people who have modeled for Bench, like Lee Min Ho and Park Seojun, I knew that there was a brand called Bench in the Philippines.

Fit or baggy pants? Both!

Veggie or meat? Meat! Everything meat!

How much did you enjoy doing the character Haehyo in ROY? Does Haehyo have similarities with Woo Seok? If so, what? Are you also close to your mom, like in ROY? Do you believe in staying in a love triangle, like in ROY?

While playing the character Haehyo, there were lots of scenes with close friends, with Haejun (Bogum) and Soohyeon. We were able to shoot like real friends, and it was fun whenever we shot those scenes. Haehyo has his own thoughts and works hard to achieve his dreams, and I think that part is like me and the most relatable side of Haehyo.

I am close to my mom, also to my dad, and my sister. We are a close-knit family.
In the film, what was important to me was Haejun, my close friend. So, thinking of the results, I think I would make the same decision as Haehyo.

What’s your favorite scene in ROY? Was there a scene you found difficult, like the tension with Bogum’s Hye-jun?
I really liked the scene when I’m hanging out with Haejun and Soohyeon in the karaoke. I could feel friendship among friends, and also comfort despite their hardships. They were still playful and friendly because they were friends. Those kinds of friendship scenes are the most memorable to me.

In Dear My Friends, one of my favorite dramas, you got to act with multi-awarded veteran actors, including one who’s now nominated as Best Supporting Actress in the Oscars. What did you learn doing scenes with the veterans? Your movies like Dear My Friends and ROY are strong in family values. What do you look for when you choose a project?

I was able to work with many seniors and veterans in Dear My Friends. I always tried to stay late even after shooting my parts to watch my senior actors act. I observed them to learn how they act, focus, and express their character, and I am doing my best to apply what I learned from them in my acting.

Have you ever been to the Philippines? If you get to visit here, what’s the first thing you want to do? Shop? Go to the beach? Dive?
I’ve been to Boracay! When I went to Boracay, I loved the beautiful beach and the privacy, so I want to visit there again and do the same. Wake up, go for a swim in the swimming pool, get some breakfast, then go to the beach, lie down, order pizza, and take a nap.

Many are doing variety shows now—will you? What project are you working on now?
I’m not sure about entertainment because I want to act more, but maybe I would do it if I am given the opportunity. I am working on the movie Soulmate. It is a heartwarming film, so I hope you expect it and support me.

Hyun Bin, Son Ye-jin dating—or why has Korea landed on us?

After devoting more than 30 years to daily newspaper editing (as Lifestyle editor) and a decade to magazine publishing (as editorial director and general manager), she now wants to focus on writing—she hopes.