Why you can’t hate BLACKPINK

I see them in short skirts, crop tops and boots and I see four powerful women who can do anything—today’s girl power 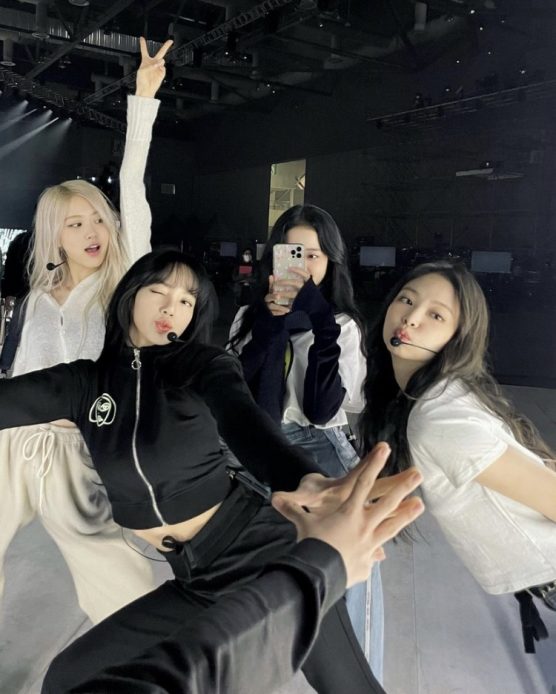 With combined 170.8 million IG followers, they're most influential in this generation. From left, Rosé, Lisa, Jisoo and Jennie (Credit: @sooyaaa__ on Instagram)

The one and only time that I saw the phenomenal Korean girl group BLACKPINK in person was on June 25, 2019.

The group—consisting of Jisoo, Jennie, Rosé and Lisa—came to Manila for a Meet & Greet organized by Shopee Philippines and I covered it. The event trended for several days for all the wrong reasons but what I remember was meeting this young person who got a ticket because they spent Php200,000 on Shopee.

I do know that K-pop fans spend a lot of money for and on their biases but Php200,000 in any currency is astounding.

After everything that happened that day, my takeaway was, “Now, I get the hype.”

What makes BLACKPINK so special that they can inspire such intense devotion from Blinks?

As a group, there is something magical about BLACKPINK’s appeal. You can’t hate BLACKPINK. Jisoo, Jennie, Rosé and Lisa may look fierce and intimidating onstage and in their magazine covers but to me they seem just regular girls in their 20s who happen to be gorgeous and talented.

I guess their appeal is that while they aren’t ordinary in terms of looks, talents and achievements, Jisoo, Jennie, Rosé and Lisa are somehow relatable.

My friend and her two sons, who are both Blinks, once stood in line in front of Lisa and her mother for an hour in a theme park in Korea. My friend wanted her sons to ask Lisa if they could take a pic with her but they refused because they wanted to respect her privacy. 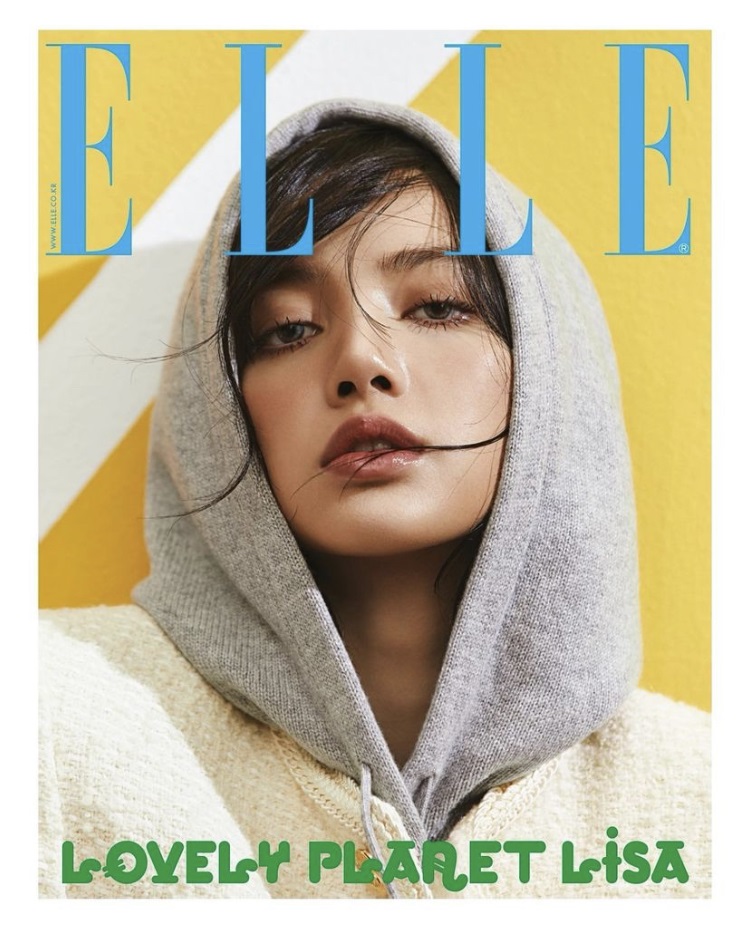 “Lisa seemed so simple. She went on the rides alone. Her mom waited for her,” said my friend.

Jennie may be called “Human Chanel” because she is always decked out in Chanel, for which she is the brand ambassador, but I see her as a sweet girl who is very close to her mom, loves her two dogs and is loyal to her friends. 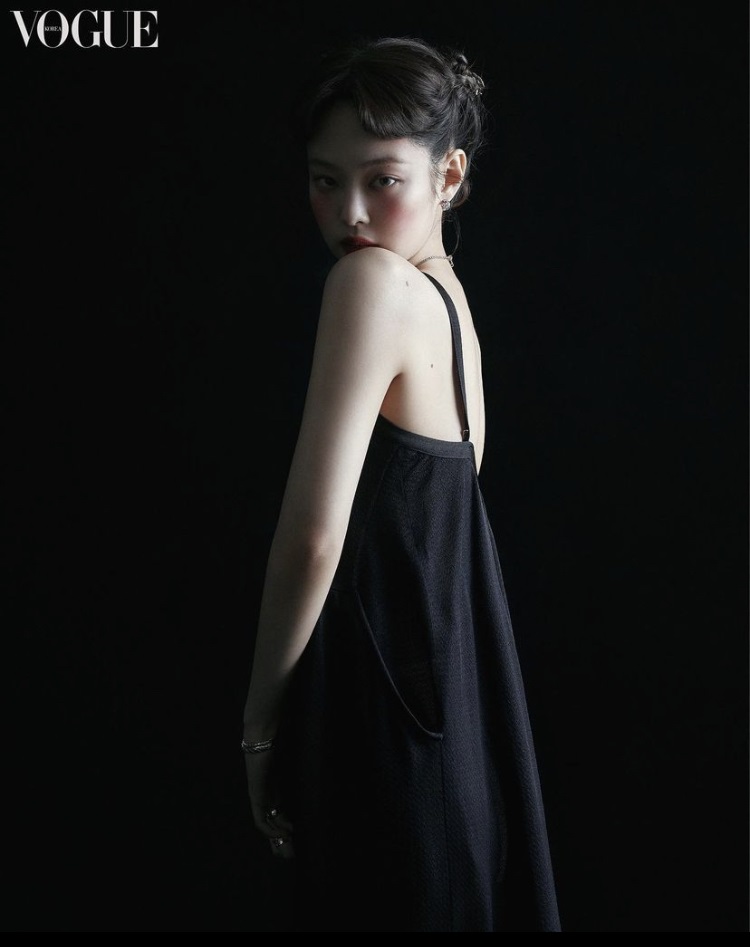 I love Jennie’s style because she can make anything, even the simplest t-shirt, look like a million dollars. She is also an amazing rapper, not just someone who can rap.

Jisoo is the group’s unofficial leader. If Jennie is “Human Chanel,” Lisa is the ambassador for Celine and Rosé for YSL, Jisoo is Christian Dior‘s beauty and fashion ambassador. She is elegant even when she’s in jeans and sneakers. 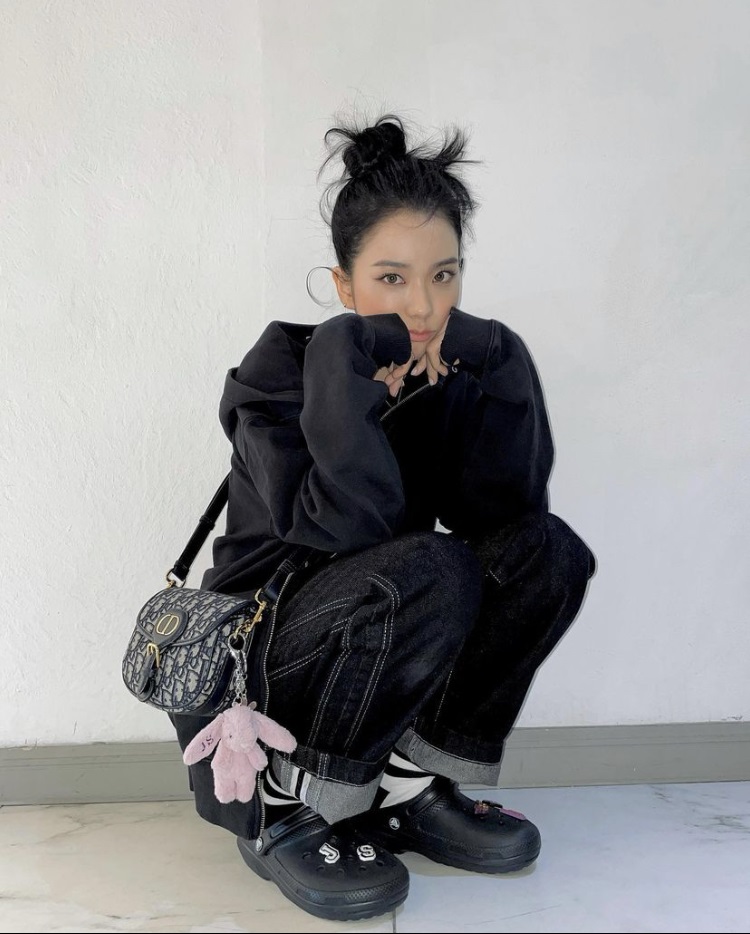 If I could have a bias in BLACKPINK, it would most probably be Rosé. I love her energy and how she seems unaware of the power of her looks. Rosé recently completed the promotions for her debut album R. She is the second member after Jennie to have a solo. I have a weakness for Australian accents and Rosé was born in New Zealand and grew up in Australia so I am so thrilled when she and Jennie, who studied in New Zealand, speak English. 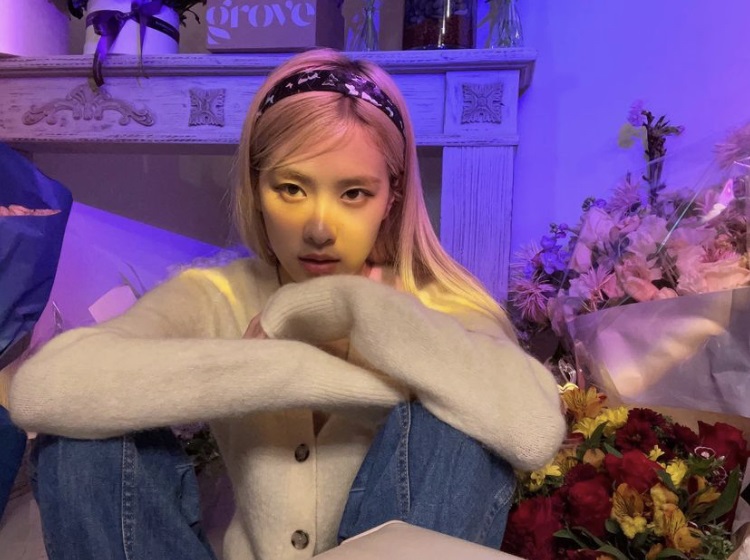 I feel so close to her that I call her “Rosie” even if she doesn’t know me. It’s the same thought I have when I see Jennie’s IG posts where she wears her Supercourt shoes or when Lisa has on the Mull It Over Powder Kiss lipstick in the MAC Cosmetics promotional images. Except for makeup, I cannot afford anything Dior but I like to point out that Jisoo and I have the same Crocs clogs.

With a combined IG following of 170.8 million, they are, collectively and individually, the most influential female personalities of their generation

With a combined Instagram following of 170.8 million, the BLACKPINK members are, collectively and individually, the most influential female personalities of their generation. The four girls’ ages range from 25-23. If they weren’t idols, they’d probably be students or young professionals. 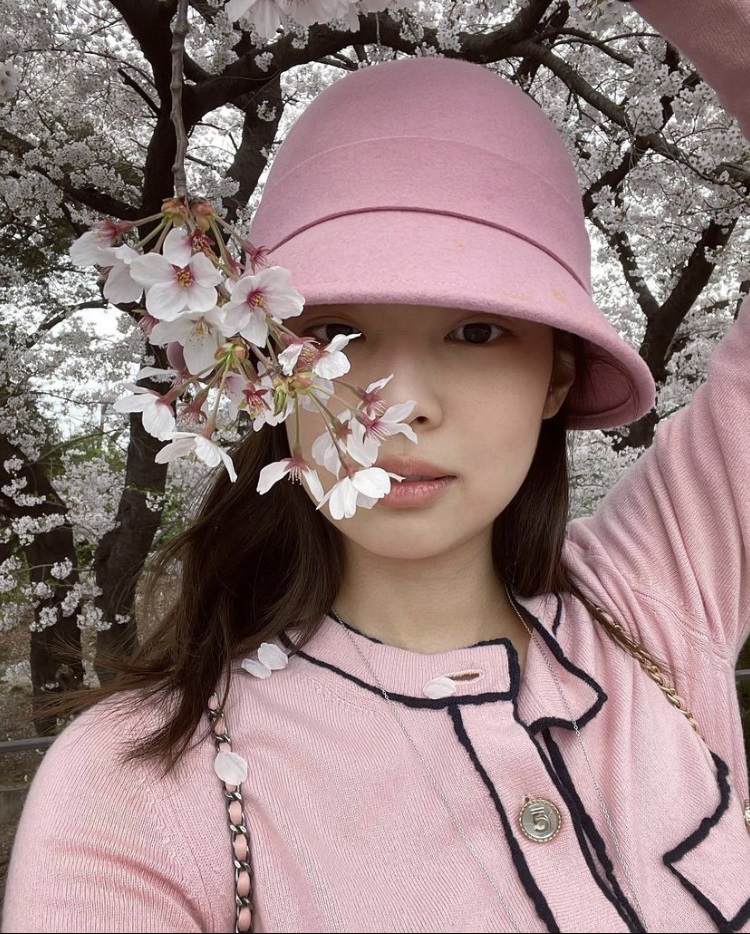 I may not be a Blink but I bought a pair of adidas Supercourt sneakers because Jennie looked so good in them. I bought black Crocs because of Jisoo. I love Mull It Over Powder Kiss lipstick from MAC Cosmetics because of Lisa and the YSL Slim Glow Matte lipstick in #203 because of Rosé.

The girls individually and as a group represent some of the world’s biggest brands, such is their power. I’ll be honest, if I were their agency YG Entertainment, BLACKPINK would have at least two comebacks a year and a solo release for each member every quarter. That would entail a lot of resources and effort but it would surely be worth it.

To me, these girls represent girl power. I’ve been covering K-pop since 2010 and I remember girl group members being objectified because of their short skirts and skimpy outfits and I really felt bad for them. Today, I see BLACKPINK in short skirts, crop tops and boots and I see four powerful women who can do anything. 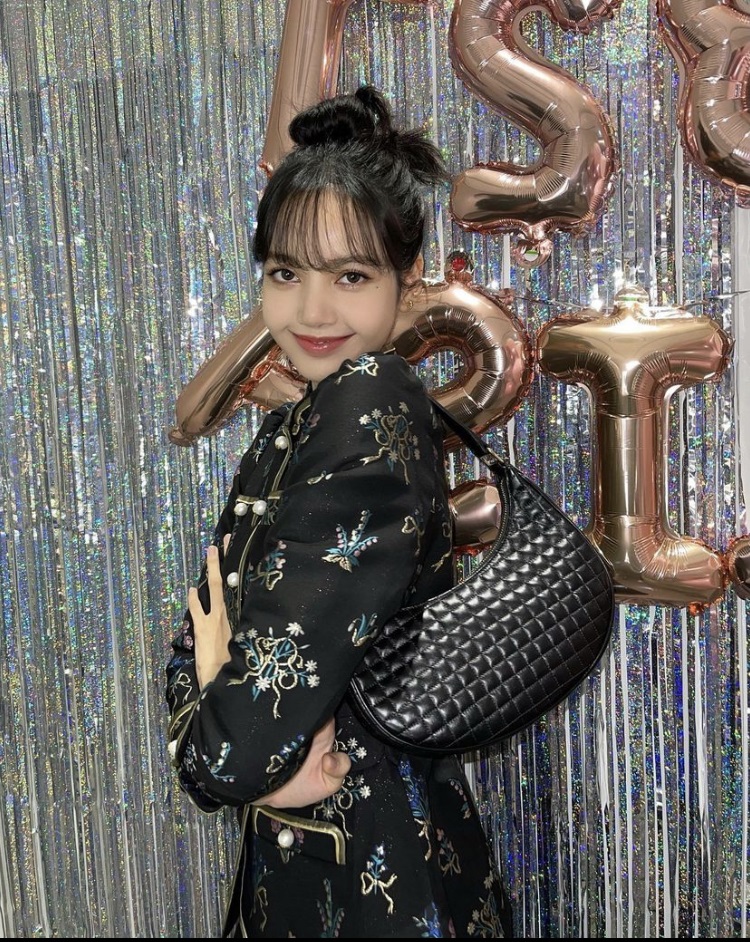 Even their light stick, a pink and black hammer with two hearts, is bad-ass. In interviews, the girls explained the reason for the design—they said that BLACKPINK’s fans are diverse and they wanted something that was feminine that men wouldn’t mind carrying. It also has a child-like quality, which works because many of BLACKPINK’s fans are children below 10 years old.

Jisoo, Jennie, Rosé and Lisa are well-spoken young women who represent their generation and K-pop well. 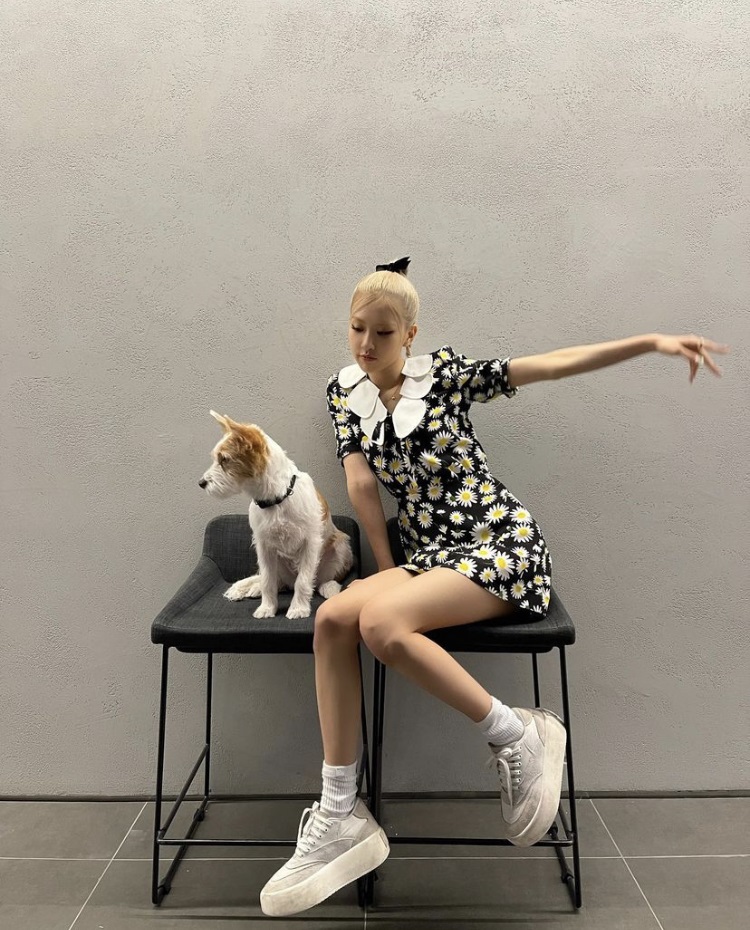 I love their success and despite the inevitable fighting among their fans, these four women seem to have good relationships with each other. That makes me feel good as a woman because we are already so disadvantaged in this world and we should celebrate friendships and even solid working relationships among women.

It’s not a matter of who is the most beautiful or most popular in BLACKPINK. The group has broken barriers and smashed so many records and they’re not even 30 yet. Imagine what they could achieve in the years to come.

Girl power, to me, represents women and girls standing up for each other instead of putting each other down. I can imagine Rosé saying “Yeah” in her Australian accent when she sees the faces of Blinks waving their light sticks during live concerts.

I am in awe of how these four girls got to where they are now. Being a longtime K-pop fan, I know how difficult it is for idols to debut, much less be successful. It is as difficult for men as it is for women. That BLACKPINK is still relevant nearly five years after their debut is proof of their power.

She is a writer, newspaper columnist, wife, mother and dog lover. She champions animal rights and is an HIV awareness advocate. She's been a K-pop fan since the late 1990s and loves SF9, EXO's Xiumin and most girl groups.